The Iliacus: a LCF 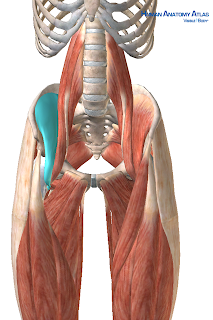 From my training in Neurokinetic Therapy (NKT) with David Weinstock, David refers to the iliacus as a "LCF", which stands for Lower Cluster F**k, because of its common involvement as a facilitated compensator for so many other muscles throughout the body. For example, it is very common for the iliacus to compensate for a psoas or gluteus maximus or abdominal oblique muscles that aren't working as effectively as they can be.

So why is the iliacus commonly facilitated?

I don't know exactly, but my best guess could be it's location. The iliacus is a deep muscle that inserts to the upper two-thirds of the iliac fossa and inserts onto the lesser trochanter of the femur; it also has connections to the anterior aspect of the sacrum. 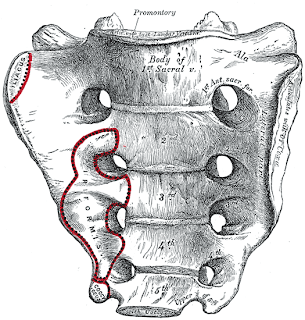 This means that it has its hands on several different joints: coxa-femoral, femoral-coxa, sacroiliac, and iliosacral. These joints are a part of the pelvic-hip complex which can also be viewed as a mid-point between the lower body and the upper body. Whenever there's a mid-point, there has to be a common ground, or "middle path" (as the Buddha would say), where a balance between the forces above and below take place. This balancing is a dynamic process and because the nervous system moves towards "stability" and avoids "instability", it tends to facilitate the deeper muscles (or muscles closer to the joint) in order to create a crude sense of stability through increasing joint compression when it senses an "unstable" process. From my experience, whenever I see a facilitated iliacus, it's common to see a compressed hip joint, an anteriorly rotated ilium, and a forward sacral base ipsilaterally. This can present itself clinically as femoral-acetabular impingement (FAI), forward sacral torsions, and/or iliosacral instability which presents symptomatically as pinching in the groin, hip pain, SI joint pain, low back pain, difficulty bending, walking, negotiating stairs, etc.

What happens if the iliacus is "inhibited"? No muscle is ever really fully inhibited; for lack of a better word, let's understand that when I say "inhibited", I mean a muscle that's not firing as effectively as it can be. David Weinstock mentions that it's rare to find an inhibited iliacus. But when you do, there's usually several layers of compensations going on. I usually see a multi-system overload and the "inhibited" iliacus is just the icing on the cake. Locally, it can be something as simple as positioning and functioning of the involved joints. For example, when there's a restriction in hip flexion and/or a restriction in anterior rotation of the ipsilateral ilium, the iliacus may test inhibited. To verify limited hip flexion involvement, one could muscle test the hip in less flexion after testing the involved iliacus in a shortened position and if it tests strong, limited hip flexion may be contributing to the inhibited iliacus due to arthrogenic inhibition. One can also test the psoas muscle and its inhibition is another way to verify hip flexion restriction. For iliacus inhibition due to limited anterior ilium rotation, one can test the quadratus lumborum and latissimus dorsi; these would test inhibited while the psoas would test strong.

Sometimes we assume just because we are a more sedentary society and that we tend to sit a lot that the iliacus is always in a shortened position and that it can more easily be recruited in times of instability and over time it can develop trigger points, be facilitated, and even after a while, get "tired"and become weak due to fatigue. We never really know unless we assess its role in relationship to the rest of the body and overall tie it together with its integrated function during movement. Without movement the iliacus would never be considered a "LCF".....

Posted by Michael Jocson at 1:05 PM No comments: 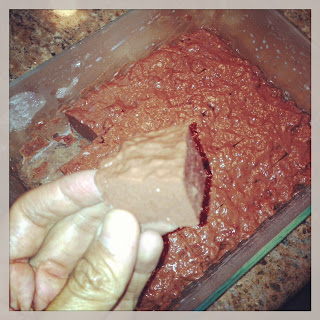 My son and I were watching the Cooking Channel the other night and there was some show that had a lot of dessert-type of dishes and one popular dessert is red velvet cake, cupcake, and many other variations. At the time I was thinking of making some marshmallows since I haven't them in awhile and then the lightbulb went off: Why don't I make some red velvet marshmallows?

Last year I had already posted a recipe for chocolate coconut marshmallows so a red velvet one would be similar with some obvious changes. Here's the ingredients I used:

While I was making this, I realized that I used way too much cacao and that's why the marshmallows didn't turn out to be as red; but the extra cacao made a real deep chocolate flavor.
I basically used beet juice and coconut milk instead of water to mix with the other ingredients. To make the beet juice: place chopped beets into blender and add just enough water until covered. Blend. Pour blended mixture into a cheesecloth or nut milk bag, or do what I do if you don't have any of those, use a fine mesh strainer and strain the liquid (discard the beet solids). To make coconut milk: do the same as with the beets. Mix the beet juice and coconut milk together in the same container. Take one cup of this and let sit with the gelatin powder for about 10 minutes. While that is sitting, in a skillet or saucepan, heat another cup of the beet juice/coconut milk with the sugar to a gentle boil, or at least to a little thickening. Add the cacao powder and vanilla extract and boil some more. Next, pour this into the gelatin mixture and user a hand mixer to blend until desired thickness. This may take about 10-20 minutes depending on the power of the mixer you have but you don't want to mix too long that it's gets too thick. Pour the mixture into a greased container (I used a square glass pyrex greased with coconut oil), flatten and smooth the mixture, and store in the refrigerator for at least a few hours before eating. 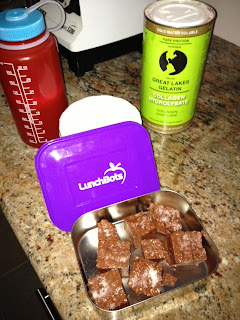 Before serving, I sprinkled some sea salt onto a plate and coated the top surface of the already squared-cut marshmallows to give that sweet, chocolatey, salty taste, but that's just me. In the above picture I put the marshmallows into my Lunchbots container for work and as you can see I also have the green container of Great Lakes Gelatin in which I mix with orange juice as a post-work-out drink (I didn't want anyone to get confused which can to use for the marshmallows).

Enjoy!
Posted by Michael Jocson at 7:38 AM No comments:

This is just a quick video where I demonstrate that limited glenohumeral joint internal rotation ROM is not necessarily from a "tight posterior joint capsule" that requires joint mobilization or stretches to improve internal rotation. If you do so without understanding and checking the relationships of the rest of the body to the involved shoulder complex, you risk creating a joint instability issue. I'm calling out physical therapists, chiropractors, or any bodyworkers, that do this type of treatment and probably have no idea that they're actually doing more harm than good for their patients....
Posted by Michael Jocson at 9:39 PM 1 comment: