Getting Out of the Box With Yin & Yang 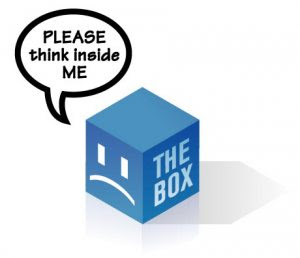 So as you can see, what started as me sharing my experience to reinforce a study, ended up being an exposing of an imprint this therapist had with the words “yin” and yang”. Irregardless if I tried to explain these terms are the same as the concept of duality which is the foundational basis for science and all “scientific” inquiry, she was unable at that moment to get past the words “yin” and “yang”. Isn’t this so true in how our tightly-held beliefs prevent us from understanding others?

I noticed in my former profession of orthopedic manual physical therapy (OMPT) there is a conflict between the old ways of thinking and the newer ways where people are starting to realize that the latest evidence through “scientific investigation” are revealing the old beliefs that were once held to be true are now being proven “not so true” and this appears to be the case with the orthopedic manual therapy evaluation and with spinal manipulation as two examples. The OMPT box is starting to breakdown and it is the choice of the “OMPT” therapists to find the courage to live outside of that box and learn from new terms such as “yin” and “yang” and not eliminate what they already know, but more so to build upon it and create something totally new. Or they can choose to defend an already sinking ship.

The thing about duality is that both sides are of the same coin. Whether you’re in the box or out, you can learn from both perspectives. It is when we attach ourselves to one or the other in separation that conflict, struggle, and suffering occur. So the question I leave you with is this: Do you want to learn and grow or do you enjoy suffering?
Posted by Michael Jocson at 11:08 AM