Inception & Knowledge of the Higher Worlds 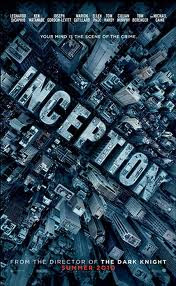 cool stuff sir. I also really enjoyed the movie. I visited some of the message boards and it was wild how many different interpretations people are coming up with.

Did you ever read any of the Castaneda books about other realities?

Hey Ian, I actually have never read any of Castaneda's books but my wife has read a few and said after the movie that it reminded her of what she read. I sense I may be reading some of his works soon.....

This was a great morning read for me. Really got me thinking about different states of consciousness. When I am actually dreaming, sometimes it seems so real at the time until I wake up, other times I know I am dreaming because something is so off in the dream as to where I recognize that in reality this would be impossible (like the character in the first scene, when he touches the carpet). Going to ponder more about this topic.

Mal didn't commit suicide in an attempt to return to the dream world. She committed suicide because Cobb had planted the idea in her mind that her reality wasn't real. She committed suicide because she believed she was still in the dream world and wanted to wake up. This is pretty explicit in the film and the entire basis for Cobb's guilt towards her death.

Quote: "but I offer another perspective: maybe it doesn’t really matter whether or not it was real or a dream."

That's neither and interpretation nor "another perspective". It's the basic message/morale of the film. Again, this is very explicit stuff in the film. I'm afraid your "interpretation" seems nothing more than misunderstandings and/or the basic explicit plot as told in the film itself.

Anonymous: Thank you for your comment and I invite you to re-read my post, especially the last paragraph, and please share what ever insights you may have. Sometimes when we get too preoccupied with details we can miss the greater meaning of an experience and your comments reveal your opinions and perspective of the film. Not once did I refer nor offer "my interpretation" of the storyline and what I did offer was another perspective, not necessarily my own, but another not as common perspective to create some awareness of a possible deeper, esoteric message that is different and not-so-obvious to the average viewer. In other words, I was planting seeds of inception, or ideas, of Knowledge of Higher Worlds/Realities, and could care less of the exact "explicit" message of the movie, which btw, only the writer or director of the film could ever really know what their intention behind the story is; anything else is others' opinions which are all based upon their own beliefs and past experiences. We can never truly know what another person is thinking and at best can only guess. Arguing which opinion is right or wrong distracts one from deeper messages/meanings and creates separation rather than unity and Understanding. I do not disagree with your comment and merely intend to point out the narrow focus in which it reveals. In other words, Dude, didn't you read the whole post?