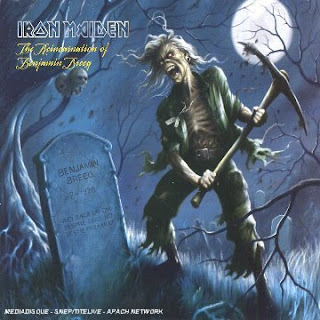 The next time someone who follows the Catholic religion tells you that the church does not believe in reincarnation, remind them to review the Apostles' Creed and to pay more attention to what it is saying; especially the last part of it:
"I believe in the Holy Spirit, the Holy Catholic Church, the communion of saints, the forgiveness of sins, the resurrection of the body, and life everlasting. Amen."

The word "resurrection" has a Latin etymology meaning "a rising again from the dead"; Resurrection of the body, meaning the physical body, and life everlasting may be referring to the circular cycle of reincarnation, where the Soul transitions from one body to the next like an eternal flame goes from one candle to another, where it experiences what is to be experienced and learns what is to be learned.  Where there is death, there is birth and so it is with the duality of life until polar opposites remove their veils and awaken from the illusion of separation.

If you study different religions without attachment to the differences (nor the similarities), you can get a sense that each one is one aspect of a greater whole.  From this perspective, Catholicism is Hinduism is Judaism is Muslim is Buddhism is Christianity is every other religion is like your right arm is your left arm is your right foot is your left foot is your heart is your stomach is etc...The popular and more common perspective is that the right arm is separated from the left arm and what one part believes in is right and the others' beliefs are wrong.  This is just plain silly.  If the right arm got rid of the left arm, would it be a better world for the right arm? Of course not, but this is how crazy some religious fundamentalists live their lives. The more we separate ourselves from others because of religious beliefs, the more of Life we are missing out on.  In actuality, the more we separate ourselves from others, the further away we push ourselves from GOD (or Allah, or Jehovah, or Source, or whatever is IS, etc).

I challenge you reading this to learn from as many different religions and take a step back and focus on what are the interconnections that unite them rather than focusing on the obvious differences.
Posted by Michael Jocson at 6:40 PM

Education creates the person to think intensively and critically and the main purpose is to develop the human character.

The basic theme of education is to develop the others by providing knowledge and skills. It helps person how to grow his own plant.

To think of it, existence of different religions is the evidence of the right for freedom of thought given to each and every individual desctibed at best paper writing service reviews. Moreover, if look in general, all religions are about the same: single god (or one main), do not kill, do not steal etc.

Interesting post! You've made a decent research as I always do for my kingessays. It helps to write the text with truthful facts only.